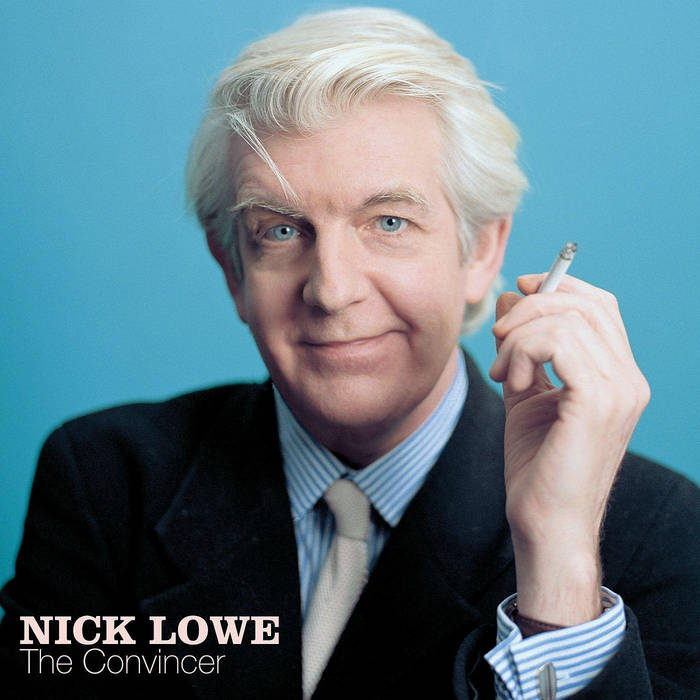 Beatlerob Not sure how this record never popped up on my radar. A sharp turn from his power pop past but it suits him so well. I collect and listen to a lot of music and this one really grabbed me. Outstanding! Favorite track: Lately I've Let Things Slide.

PDD A classic. I can't imagine why it took so long for me to discover it. Favorite track: She's Got Soul.

Three and Half Minutes of Pop

Nick Lowe's 2001 album The Convincer established him as an elder statesman of rock and roll, far removed from the ironic power popper he was in the 1970s. The album arrived in a different world than the day before, releasing on September 11, 2001. These were songs for troubled times ("I'm a Mess," "Lately I've Let Things Slide") and Nick's songwriting was never sharper, with Mojo Magazine saying "Nick Lowe has made the album of his career." For the album’s 20th anniversary, three bonus tracks are added to the album: a long-lost Lowe-original called “Different Kind of Blue,” an acoustic cover of The Shirelles’ “Mama Said,” and a stripped-back rendition of The Chi-lites’ “There Will Never Be Any Peace (Until God Is Seated at the Conference Table).”

Produced by Nick Lowe and Neil Brockbank at RAK Studios, St. Johns Wood, London and The Barge, Twickenham, Middlesex between May 2000 and April 2001.

Love and thanks to Austin Delone and Jim Herrington